Caythorpe, Lincs-based GR Ward relies on its 10-furrow Kverneland RW plough on the frontline of cultivations.

Caythorpe, Lincs-based GR Ward relies on its 10-furrow Kverneland RW plough on the frontline of cultivations. Each season, it turns over around 1,000ha of the farm’s limestone-based abrasive soils, which puts the emphasis on making the most of wearing metal. 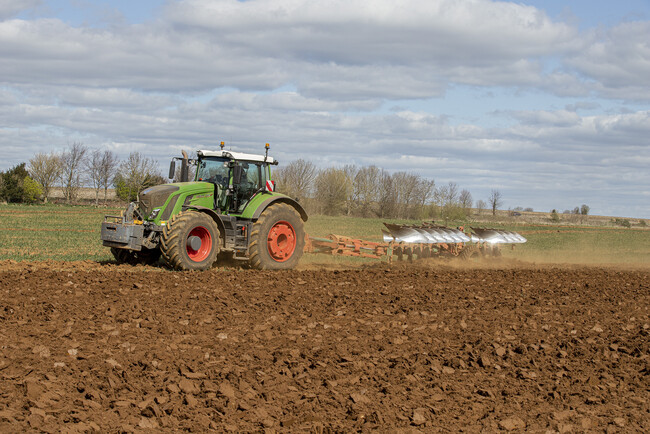 “We’ve always favoured original parts from our local Kverneland dealer, and knock-on points have saved us a fortune in downtime,” explains farms manager Dan Oldershaw-Glenn. “We can be turning points every day, though it’s a quick and pain-free process.”

Constantly looking for ways to reduce downtime and maintain productivity, the farm has been bench-marking the latest XHD carbide reinforced points on the first furrow of its RW plough.

“We wanted to see how long a set of XHD plough parts will last, compared to original metal,” he says. “So we decided to equip one left- and one right-hand body with tungsten and compare it to the rest of the plough,” he says. “So far, the results have been impressive.”

The plough is equipped with XHD parts for its points, shins, shares, landsides and skimmer shares. And ploughman Peter Dickinson has been recording progress, comparing the rest of the plough metal to the XHD-equipped front furrow.

“So far, the XHD parts show little signs of wear, and could last the equivalent of 20 sets of original points,” says Peter Dickinson. “It’s standing up very well indeed.”

Getting the balance between cost and time is an element that Dan Oldershaw-Glenn is keen to get right.

“There’s no getting away from the high cost of buying XHD, and on a big plough, it becomes a considerable investment,” says Dan. “But so is the cost of labour and lost productivity when swapping metal.”

“We could soon lose a week’s ploughing over a season, just on time spent replacing wearing metal,” he says. “And when you’re covering 60 acres/day, that’s a level of productivity I would be happy to have back.”