After more than 135 years of existence and success all over the world, Kverneland continues innovating and developing ploughs and parts which will become standards for the industry years after.

Kverneland bodies are no exception to this logic. They are reknown worldwide for the quality of the ploughing. It is therefore no surprise to find mouldboards named ”Scandinavian” or similarly made available from competition. But do they actually deliver their promises ?

Kverneland bodies do. They enable a perfect ploughing. They are low wearing which is important for the running cost. Their specific design induces the lowest pulling forces and therefore the lowest fuel consumption. There are economic.

"I did try other ploughs in the past, but I like the Kverneland for the job it does, and the low running costs."
Michael & Gabriel Hoey (Ireland)

Low wearing:
We agree that the wearing rate of soil parts depends on the type of soils. Abrasive soils are more wearing than most others. But when comparing Kverneland parts to competitors’s or some even called “Kverneland” non original, in similar soil conditions, the Kverneland steel technology shows the lowest wearing.

Less fuel consumption:
Empirical experience came to the conclusion that less fuel is needed when ploughing with a Kverneland than with others. Since the bodies are in the soil, then it was also said that Kverneland bodies offer low pulling forces. More than words, scientific results are also backing up the farmers experience. Studies carried out by the university of Cologne and released in 2014, have demonstrated that Kverneland bodies offer the lowest pulling forces of the market, regardless of the ploughing depth.

Low draft testimony
"I have just changed to a Kverneland plough. It’s hard to understand just where the improvements have come from – perhaps it’s the No. 28 body or the quality of metal used – but we can now plough three hours extra every day without having to refuel. There is just something about the way the plough handles soil – it really is impressive."
Gary Farley (UK) 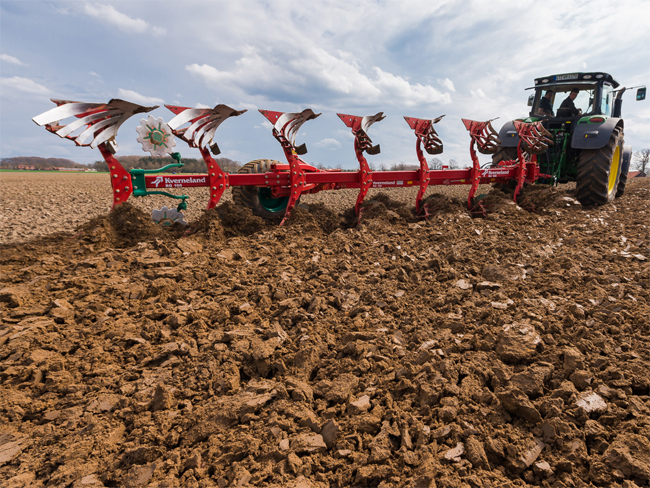